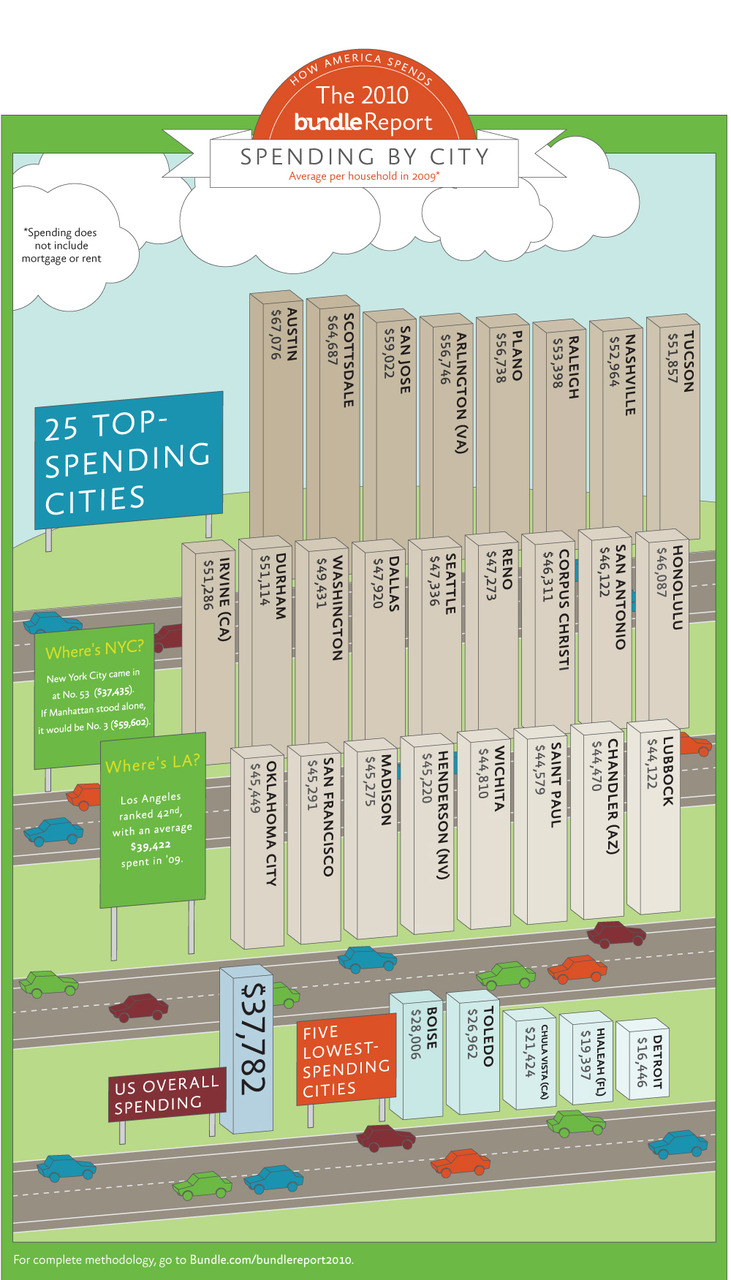 For all of the talk about New Yorkers being a bunch of splurging, cab-taking, martini-swilling Carrie Bradshaws, it turns out we’re mostly just blowing our money on mortgage and rent. Which means… Austin is No. 1.

The findings also seem to match up with my earlier rants about “personal inflation” — just because a city has a lower cost of living doesn’t mean you’re not going to spend the exact same amount. (See: my hometown Fresno outspending San Francisco on shopping.)

Anyway, some great findings from our data team, and beautiful art from Stefanie Posavec.

If you get a moment, take a look at the other Bundle data breakdowns: Top States, Men vs. Women & Parents vs. Kidless, Spending by Age, and the “Average American.”

Founder of Longreads. View all posts by Mark Armstrong